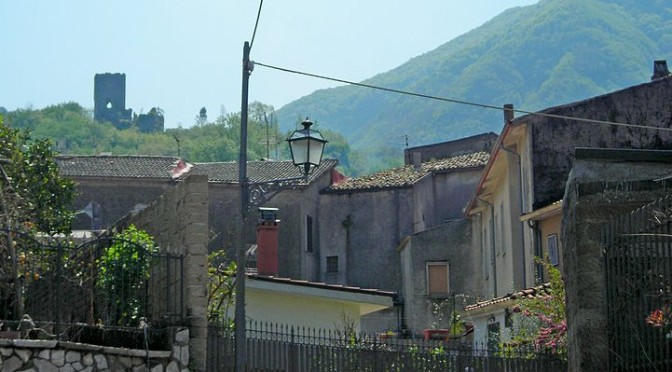 Candida is a small town and commune (municipality) in the province of Avellino within the Campania region of Italy. It sits on top of a hill, at an altitude of 579 metres and has around 1100 inhabitants. It is located at 10 km from Avellino. The economy is mostly relying on agriculture.

The first human settlements in the territory date back to the Roman times. Many ruins have been found in the localities of Cesine, Vigna, Selvetelle, Scandravoli, Giardino, Ponticelli, Gaudi, Toppa S. Andrea. The name of the town derives from the Latin “locus candidus” which means clear, shining place.

The first historical mention of the town appeared in 1045 when Candida was included, under the Lombard domination, in the Avellino county. From that time many feudal lords followed one another.

The Filangeri family owned the fiefdom from 1187 with Alduino de Candida, until 1420 when Caterina Filangieri de Candida gave the fiefdom of Candida as a dowry to Sergianni Caracciolo. Then the fiefdom passed to the De Cardona, Magnacervo, Grimaldi, Saulli families back to the Caracciolos that kept it until the abolition of the feudal system.

Cervinara is an Italian town (comune) of 10,188 inhabitants in the province of Avellino, Campania.

According to the legend, the name “Cervinara” comes from an altar dedicated by the Romans to Ceres, goddess of the harvest. The name appears for the first time in 837 AD document, describing the donation of “castrum quod dicitur in Cerbinaria Caudetanis” to Sicard, Prince of Benevento, by the monks of San Vincenzo al Volturno. The village probably formed between the 9th and 10th centuries AD, when populations concentrated from the countryside around the fortified castle.

Cervinara was held by several feudal families, including the Filangieri, the Carafa, the Caracciolo and the Sant’Eramo. Until the early 19th century, it saw a distinctive agricultural development, mainly due to the particularly fertile soil.

During the Italian unification, the Cervinaresi contributed to the liberal movements of 1820 and 1848, when the conspirators decided to start from Cervinara to march on Naples and establish a Republic. However, the revolutionary ferment never managed to involve the majority of the population, and on 29/30 November 1860, Cervinara sided with the Bourbons against the Italian troops which had occupied the Kingdom of Two Sicilies.

In the 19th century, during the Brigandage in the Two Sicilies, the bands of Cipriano and Giona La Gala chose as a refuge the mountains above the village to fight against the Italian troops.

The Cervinarese artistic heritage include the Lombard medieval tower, now partially demolished, the Abbey of San Gennaro, built around 1100 and now dedicated to the Shrine of Our Lady of Sorrows, and the Palace Marchesale, dating from the late 16th century.

376 thoughts on “Candid and Cervinara”