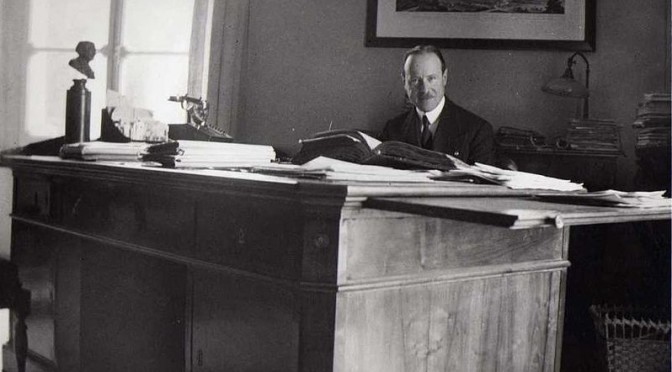 From Wikipedia, the free encyclopedia.

The vastness of the interests he has cultivated witnessed the large range of its publications, which span a variety of fields such as’archival, history, numismatics medieval ‘s heraldry and history of the family, genealogy , to the history of ‘ art .

The home of the ‘ Neapolitan archives in thecloister of the monastery of Saints Severinus and Sossius , of the ‘ church of the same name. After studying at the Royal Military College of Nunziatella , and a law degree at ‘ University of Naples (1906), Filangieri abandoned the right to pursue his vocation to the history, genealogy and ‘ heraldry , the field, the latter, in ferratissimo which became, thanks to the descent from Filangieri , a family of ancient nobility of the Kingdom of the Two Sicilies .

His work in the field of archival began to contest, in 1911, to ‘ State Archive of Naples , which for some years could benefit from the modernization operatovi Bartolommeo Capasso. Its doctrine and technique Capasso helped to make him an “exemplary modern archivist”. Archive state will Neapolitan superintendent from 1934 to 1956, leading him dearly in the difficult phase of the war damage.

Without leaving the Neapolitan archives, archival Filangieri became superintendent for the Neapolitan province since 1939, and Inspector General for the archives from 1947. was also president of the ‘ Association of Italian Archives , the International Committee for the archival literature and the International Council archives which had been delegated to represent constituent of ‘ Italy , to its foundation in 1952.

He was the author of works ofpalaeography, diplomatic, numismatics , but took care, in no small measure, also in art history , a subject for which he held also a teaching campus in Frederick, 1928-1934.

Also played an intense awareness and persuasion to prevent the dismemberment of important family archives, in favor of their protection, accessibility and their acquisition. Seeking the cooperation of the owner families, carried out a “policy of reconciliation and enforcement of the rules of law with particular solutions of a psychological nature”, trying to iron out what he called only apparent differences between the private interest of the holders and the public which it bears the civil society.

The first result of this policy of persuasion was, in 1935, the acquisition of the archive of the family Giudice Caracciolo of Cellammare, then held by inheritance princess Judge Giulia Caracciolo Cellammare of Cardinal Serra, which had accumulated, confluitivi inland portion, the funds of numerous noble families such as the Villa Caracciolo, the Judge of Cellammare, the Palme d’Artois, the Muscettola Leporano, the Palagano of San Vito and Cellammare, the Dodge Schiavi.

It was the first step on a path that would lead to the archive of Naples, in 1956, with a budget of 40 major new funds coming from the private archives of the family, for whose accommodation was arranged in 1956 a special section dedicated to the collection, within the premises of the cloister of ‘former monastery attached to the church of Santi Severino and Sossius. The acquisition work, continued by his successors, among which should be mentioned Iole Mazzoleni, has increased the endowment of the noble section to more than 130 funds from various sources. The acquisition of private archives, especially the material parchment , also had the effect of mitigating the damage it suffered during the Second World War , especially in the field diplomatistico.

It must also be in its persuasion assessment, recovery and the acquisition by the state, in 1953, the Savoy family, that compendium of more than 35,000 archival items, that with the exile of Francis II , the last of the Bourbons Naples , had taken the road of Monaco of Bavaria and was kept in the castle of Hohenschwangau , the availability of Ferdinand , heir to the Bourbon.

Destruction and reconstruction of the Chancellery of Anjou

Retaliation on the security deposit

The name of Richard Filangieri is related to their wartime and post-war , when the local command of the Wehrmacht, well aware of the immense value of the precious content, ordered a reprisal . The unexpected result was the destruction of 866 boxes of documents, a mass of archival material that was believed to have taken cover from bombardment by hiding in Nola , in the Montesano villa of San Paolo Belsito.

Among the speakers was comprised of material ‘most valuable historical “, the “gem” the most valuable of ‘ State Archive of Naples , the Chancellery Angevin “375 logs in parchment paper and 3, 4 registers fragmentary called “new records” in 66 volumes paper, entitled “files”, 37 volumes of proceedings in parchment, original, called “arks in parchment” and 21 volumes of paper documents, original as well, called “arks paper”. Among the goods lost, the only surviving register of the imperial chancery of Frederick II , that for the years 1239-1240.

Only survivors of the disaster were the few materials left in place: a few fragments, a trade Onofrio Sicola , Michelangelo clarified , Charles Borrelli and three volumes of Notamenta of Carlo De Lellis.

The bitterness of the Filangieri for the huge cultural loss was exacerbated by the fact that the Ministry of the Interior , in the measures taken to protect the papers, had totally disregarded the precise evaluations to the contrary expressed by him in 1935, when there was insufficient time in order to prepare the solution he proposed a security deposit within the broad spaces of the archive Naples. Filangieri motivated in this way the dangers of a dislocation, “a considerable amount, even of only the most precious scriptures, the difficulty of a sudden transport and to find a place safe from all the dangers to which it is subject to the Scriptures, the species’ fire and moisture, recommend to think and prepare themselves within the walls of this vast building a well-equipped shelter from the danger of an emergency removal, the difficulty of finding a store away from moisture and fire “. The first volume of the records of the Registry of the Angevin published by ‘ Academy Pontaniana. Filangeri then conceived a colossal work, which appeared at the same time controversial and the most hopeless skepticism, but he carried on with perseverance until death, thanks to the funding of the ‘Academy Pontaniana, which is involved in the project on the advice ofBenedict Cross: the meticulous reconstruction of the lost archives, based on all the tracks left in life – “original copies, manuscripts, microfilms and photocopies existing in AS Naples and elsewhere, transcribed, published or collected by Italian and foreign scholars of every time ” – also through the dialogue of the 350 scholars who had to do the last 40 years.

The work of Filangeris enlisted in the structure and into, the studies carried out by Paul Durrieu, a member of the ‘ Académie des inscriptions et belles-lettres of Paris, at the time of the direction Capasso, had worked on primitive records of Charles of Anjou , providing an essay about reconstruction systematic inventory, by year of call . Filangieri then it could be worth of work and indexes compiled over time by other researchers and scholars, such as the three surviving volumes of Charles De Lellis , the result of an examination of the records accomplished “with a stunning consistency. The work of Filangieri and his collaborators took advantage of the “masterful rearrangement of the Chancellery Angevin”due to Bartolomeo Capasso. With this choice has been able to pursue the reconstruction of the archive in its original medieval structure, according to the order in which it was formed by the Registry of the time, and not in appearance that it had reached at the time of destruction.
Office of the reconstruction Angevin

The ‘ Office of the reconstruction of Anjou was the creature he designed for the purpose. Established in 1944, was able to carry through, from 1950 to 1959, the publication of the first 13 volumes, the last of them posthumously, de Registers of the Chancellery of Anjou rebuilt by Riccardo Filangieri with the collaboration of archivists in Naples , within the editorial series Pontaniana “Texts and Documents of Neapolitan history. To these must be added three more volumes that Filangieri left in almost complete form manuscript.

The ‘ Office of the reconstruction Angevin continued the work after his death, under the auspices of ‘ Academy Pontaniana , who bear the costs, and with the direction of Jole Mazzoleni , and is still operating under the guidance of Stefano Palmieri.

Following the family tradition, like the interests of his father, Richard Filangieri also cultivated, with results of the highest levels, an expert on matters of heraldry : he lent his expertise, for example, the Sovereign Military Order of Malta , which he availed as “supreme adviser” in resolving complex issues of heraldry.

Prior to repeal the constitutional of the Heraldic Council , Richard Filangieri was also a member of the Board of heraldry Kingdom of Italy and the Commission heraldry regional, where he was first secretary and then vice-president.

Riccardo Filangieri Candida played an important role in ‘Pontaniana Academy , of which he was a member since January 26, 1927, being going to Gennaro Aspreno Galante and general secretary until his death.

After the destruction of the war, was one of the protagonists of the rebirth of the Academy, when the Allied Command , by decree of February 19, 1944, ordered the restoration. Filangieri was a member of the Committee of Ten , the group responsible for the execution of the decree, appointed to that office along with Maria Bakunin , Vincenzo Arangio Ruiz , Renato Caccioppoli ,Antonio Carts , Ferruccio De Lorenzo , Fausto Nicolini , Adolfo Omodeo , Umberto Pierantoni , Quagliariello.