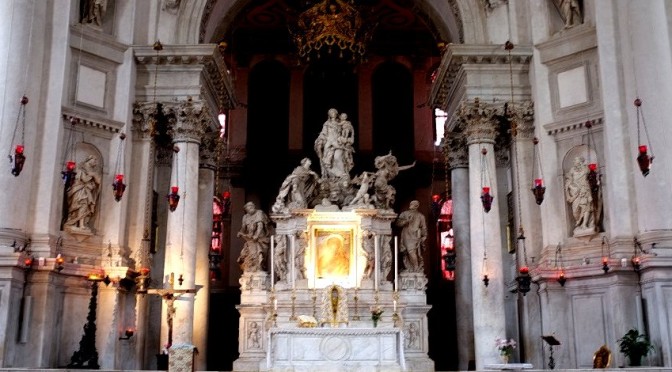 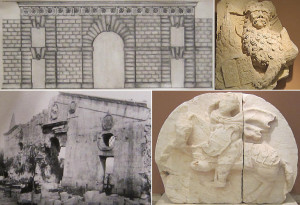 The House of Candia (also called “Candida” in Latin) is a European dynastic house, from the seat at the Baronnie de Candé and later through their union to the Hautville or Altavilla, that traditionally had domains in Piedmont and the Kingdoms of Italy. The first family unions and lands registry were recorded by the Prevosto of Ivrea in regard to the fiefdoms of Candia Canavese and Candia Lomellina, and then by the Prince-Bishops of Geneva and their fort-castle at Chambéry-Le-Vieux under the name “Chateau de Candie.”

The name Candia or Candiaco was first recorded in European history in reference to Gondioc a Burgundian King, it is not clear how it is connected to the family, perhaps by a female descendance or a cadet branch of Gondioc; the only evidence are the forts and castles located within the Burgundian region, today modern France and Western Switzerland.

The Lords and Barons of Candia were descendents of Robert Guiscard d’Hauteville, founders of the dynastic House of Candia registered vassals of the counts of Forez.

The name comes from “Gondioc” or “Burg Gundia” in Frankish-Latin or the Medieval Latin term “Candiaco” as originally written in most historical documents. Later it was fashioned in various regional languages: in Loire called “Candé” first registered in the Castrum Baronum under “Castrum Candiaco” in the Dauphiné old French, in Savoy and L’Isle Canton Vaud “Candie” and also “Chandieu”, in Provençal and Piemontese “Candia” as in Candia Canavese, and finally in Latin “Candida”. The name from the Lombard language perhaps was compared to the Scandinavian term “Scandia” but in fact is taken from the Latin term “Candetum Castrum” in reference to the fief of Hagan Candiaco (Payen de Candé = Paganus Candiaco, cf. the latinization in the Gesta Danorum); other sources indicated the meaning of the name originated from the Latin term “castrum candiaco” or “agro candiacensi” which means clear or shining place, probably the location where the first castle of Candia was built.

The house was issued by Roger de Candiæ son of Odo son of Crispin of the Anglo-Norman House of Crepon, in 1050 in the Principality of Geneva. Later his lineage under count Roger de Candie of Chambéry married Isabelle de Croan-Nevers of the House of l’Entre-deux-Mers; marriage registered in Chambéry in 1212 by the Prince-Bishops of Geneva. They held fiefdoms in Savoy and Piemont under the title of de Candie Vice-Counts of Geneva of the Principality of Geneva. This family originated from the evolution of the Holy Roman Empire, from a junior branch of the House of Crêpon. Later one of their branches became known as an Italian lineage, called Saint-Severin or de Candida Filangieri Sanseverino.

The “House of Candia” (Italian: “Casa Candia or Candida”, French: “Maison de Candie”, “Maison de Chandie” and “Old Maison de Candé”) is a dynasty of Western Europe that became part of the Sapaudia Novilitas, the nobility of the Kingdom of Sardinia later parts of Italy, France and Switzerland. The house began its legacy during the Crusades as Knights Templar and has links to the Swiss Guards and the Benedictine monks. They recorded history by their dealings as Viscounts of Geneva the official Latin term “Vicedominus Genevarum”, a feudal title in old France and Switzerland. They ruled the Vidame or “Vidominus” of the Prince-Bishops of Geneva.

Originally de Candie was created from the union of a junior branch of the House of Crêpon of Denmark at Normandie and the House of Croan-Nevers, that in the 10th century settled in the Alps region of the Kingdom of Lotharingia (German: Lotharingien. Subsequently, they relocated their seat to the Kingdom of Burgundy on Lake Geneva and part of the Alps region later the Duchy of Savoy (today’s parts of French Savoy, the Italian Piedmont and the Swiss Lake of Geneva region).

Though originally a simple noble family, the Candie later heirs to a large account of feudal possessions and titles across Europe always supported by their strong links to the Holy See. Along the crusades and thereafter through conquest, marriage, and diplomacy this house successors expanded their holdings in France, Switzerland, and Italy; including lordships in Chambéry-LeVieux, Arneis-Langhe, Candia Canavese, Candida, Bugey, Apulia, Sardinia, Nice, and Spain.

In 1050, the Candia has it first incursion in Southern Italy with Angerio de Candie, a crusader knight, under the command of Roger of Hauteville, later became Roger I of Sicily. Angerio’s remains are resting at the Benedictine Chapel of the S.S. Trinita di Cava de’Tirreni, under the description of Norman knight, son of Roger of Candie count of Arnes (Italian Ruggero de Candia) of the lineage of Rollon 1st Duke of Normandy.

From this incursion and marriage they obtained the fiefdom of Candida in 1187 (Italian Terra Candida) which they kept for generations, registered under count Alduym de Candie called in Italian Alduino de Candida of Avellino Curia Regis Lord of Candida Master of the Royal Court (Italian Maestro della Regia Corte) and Lord Judge of Bari who married in 1250 countess Giordana de Tricarico Sanseverino lady of Solofra, until 1420 Candida belonged to the de Candia when Catherine Filangie de Candie (Italian=Caterina Filangieri de Candia) gave Candida as a dowry to Sergianni Caracciolo. This marriage entered the fiefdoms into the Caracciolo Dynasty, as recorded in the Abby of Cava di Terreni, Jean Caracciol Napolitein or Gianni Caracciolo di Napoli Duke of Melphes and Venossa (+ 18 August 1432), married Catherine Filangieri de Candia, Countess of Avellino. They had two descendants: Jérôme (murdered in 1426) and Troy or Trojan I Duke of Melfi (French= duc de Melphes). This lineage was also related to the Gonzaga o Gonzague family of Matua under the denomination of Candida-Gonzaga or Candie-Gonzague, and the Prince of San Severo in Apulia.

441 thoughts on “The House of Candia”