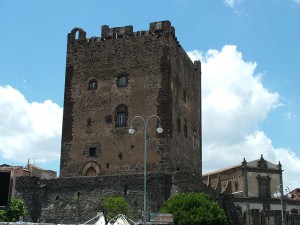 The genesis of the Filangeri family began with a man named Angeri. His sons “Filli Angeri” took “Filangeri” as a nickname, and it stuck. The elder Angeri was part of the Norman invasion in the tenth century. But, who were the Normans?

Wikipedia sums up the Normans as the people who gave their name to Normandy, a region in northern France. They were descended from Viking conquerors of the territory and the native Merovingian culture formed from Germanic Franks and Romanized Gauls Their identity emerged initially in the first half of the 10th century, and gradually evolved over succeeding centuries.

The Normans played a major political, military, and cultural role in medieval Europe and even the Near East. They were famed for their martial spirit and eventually for their Christian piety. The Duchy of Normandy, which they formed by treaty with the French crown, was one of the great fiefs of medieval France.

Norman adventurers (including Angeri) established a kingdom in Sicily and southern Italy by conquest, and a Norman expedition on behalf of their duke, William the Conqueror, led to the Norman conquest of England.

The Duchy of Normandy began in 911 as a fief established in the former kingdom of Neustria by the treaty of Saint-Clair-sur-Epte between King Charles III of West Francia and Rollo, leader of the Norse. The treaty granted Rollo and his soldiers all the land between the river Epte and the sea, corresponding to the northern part of present-day Upper Normandy down to the Seine, but the Duchy would eventually extend west beyond the Seine.

The Viking contingents who raided and ultimately settled Normandy and some parts of the Atlantic coast included Danes, Norwegians, Norse–Gaels, Orkney Vikings as well as Anglo-Danes from the English Dane law under Viking control.

In the course of the 10th century, the initial destructive incursions of Norse war bands into the rivers of France evolved into permanent encampments that included women and personal property. Norse religion was replaced with Christianity and the Gallo-Romance language of the local people.

The Normans adopted the growing feudal doctrines of the rest of northern France and worked them into a functional hierarchical system in Normandy and in England. By 1066, Normandy had been exporting fighting horsemen for more than a generation. Knighthood before the Crusades provided little social status, simply indicating a professional warrior wealthy enough to own a war horse. Many Normans of France and Britain would eventually serve as avid Crusaders.

Opportunistic bands of Normans successfully established a foothold in Southern Italy (the Mezzogiorno). Probably the result of returning pilgrims’ stories, the Normans entered the Mezzogiorno as warriors in 1017 at the latest. In 999, according to Amatus of Montecassino, pilgrims returning from Jerusalem called in at the port of Salerno when a Saracen attack occurred.

The Normans fought so valiantly that Prince Guaimar III begged them to stay, but they refused and instead offered to tell others back home of the prince’s request. William of Apulia tells that, in 1016, pilgrims to the shrine of the Archangel Michael at Monte Gargano were met by Melus of Bari, a Lombard freedom-fighter, who persuaded them to return with more warriors to help throw off the Byzantine rule, which they did.

The two most prominent families to arrive in the Mediterranean were descendants of Tancred of Hauteville and the Drengot family, of whom Rainulf Drengot received the county of Aversa, the first Norman toehold in the south, from Duke Sergius IV of Naples in 1030. The Hauteville family achieved princely rank by proclaiming Prince Guaimar IV of Salerno “Duke of Apulia and Calabria“. He promptly awarded their elected leader, William Iron Arm, with the title of count with his capital of Melfi.

Soon the Drengots had attained unto the principality of Capua, and the Henry III, Holy Roman Emperor had legally ennobled the Hauteville leader, Drogo, as dux et magister Italiae comesque Normannorum totius Apuliae et Calabriae (Duke and Master of Italy and Count of the Normans of all Apulia and Calabria) in 1047.

From these bases, the Normans eventually captured Sicily and Malta from the Moslem Saracens, under the famous Robert Guiscard, a Hauteville, and his young brother Roger the Great Count. Roger’s son, Roger II, was crowned king in 1130 (exactly one century after Rainulf was “crowned” count) by Antipope Anacletus II. The Kingdom of Sicily lasted until 1194, when it was transferred to the House of Hohenstaufen through marriage.

The Normans left their mark however in the many castles, such as the Iron Arm’s fortress at Squillace, and cathedrals, such as Roger II’s at Cefalù, which dot the landscape and give a wholly distinct architectural flavour to accompany its unique history. Institutionally, the Normans combined the administrative machinery of the Byzantines, Arabs, and Lombards with their own conceptions of feudal law and order to forge a unique government.

Under this state, there was great religious freedom, and alongside the Norman nobles existed a meritocratic bureaucracy of Jews, Muslims and Christians, both Catholic and Eastern Orthodox.

497 thoughts on “Norman and Viking Lineage”