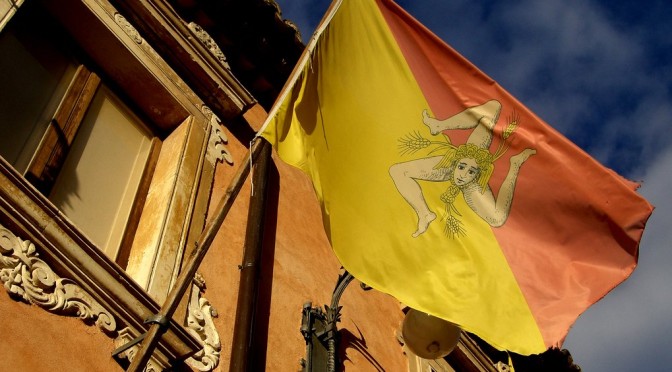 The Trinacria symbol is known mainly because it is on the flag of Sicily. This symbol of Sicily is composed of the head of the Gorgon (Medusa) whose hair is entwined with serpents. It also includes wheat or ears of corn, and three legs which are bent at the knee. The Gorgon is an ancient mythological figure that was each of the three daughters of Ceto and Phorcys, the two gods of the sea.

The Gorgon Medusa represents excellence. The Gorgon Stheno represents strength, and the Gorgon Eurale represents largeness in size. The three legs are arrange to suggest motion, and harkens back to Eastern religious symbols, mainly that of Baal, the God of Time.

The Normans (along with the Angeri family of which the sons of Angeri – Filli Angerii – had borne the Filangeri family dynasty), arrived in Sicily in 1072. They imported the Trincaria from the Isle of Man, which also has a similar symbol. In the history of Sicily, the Trincaria holds great importance.

The flag of Sicily was first adopted in 1282, which included the Trincaria. The design on the current Sicilian flag was approved for Autonomous Region of Sicily on 4 January 2000, after the passing of an apposite law which advocates the use of the flag on all public buildings and schools – anywhere which Sicily is represented.

The flag is bisected diagonally into regions colored red and yellow, red representing the municipality of Palermo, yellow representing Corleone, which in medieval times was an agricultural city of renown. Palermo and Corleone were the first two cities to found a confederation against the Angevin rule.

Al Stefanelli, a descendant of the Filangeris and the creator of this website, has a representation of the Trinacria tattooed on his arm.

Here are some pictures of his tatoo:

Here are some other images of the Trinacria: 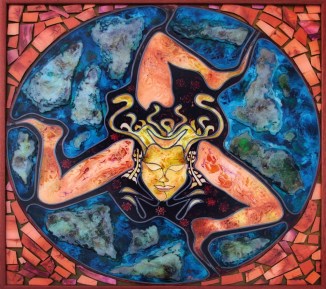 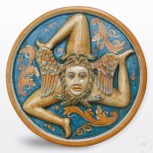 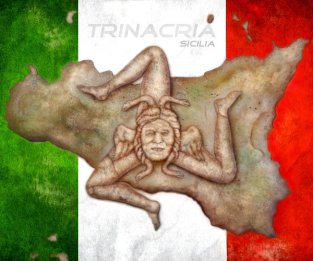 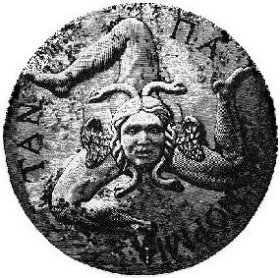 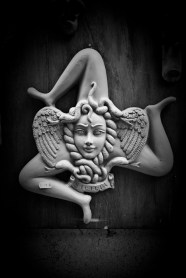 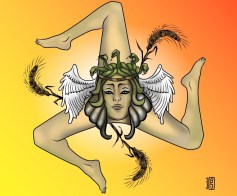 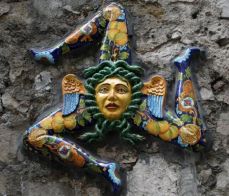 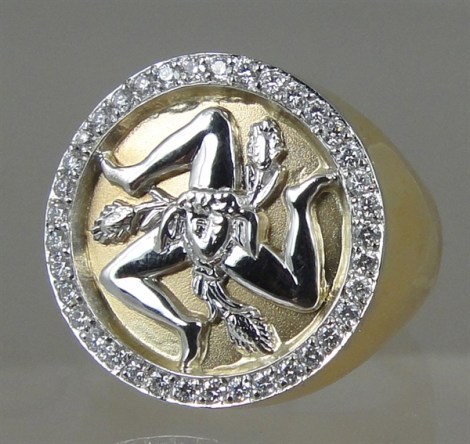 108 thoughts on “The Trinacria and the Sicilian Flag”