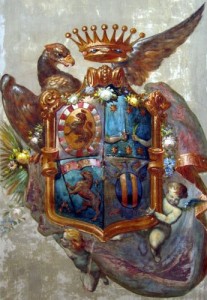 He is decendant to Abbo Filangeri, a Baiolo of Palermo in 1301-2. Of Guido Filangeri, a soldier, who held the same office in 1306. To John Filangeri, a magistrate in 1336-37. To Henry Filangeri, who had been given in 1394 by King Martin, the town of Licodia. To another Abbo Filangeri, the master of the kingdom and captain of the castle of Cefalu 1397. 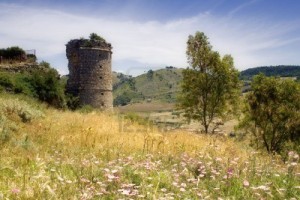 Richard also obtained the land of Montemaggiore, which was later sold in 1409 to Guarneri Ventimiglia, and was Stratego Messina in 1415. Richard’s grandson, also named Richard, was the 1st Earl of Santa Marco in 1453, and lived in castle Stone of Rome and owned also the hamlets of Crapisuso, Myrtle, Belmonte, Fazana, Mirtiro and Crapijuso.

It should be noted that John Filangeri was one of the most renowned captains in his time and was awarded the dignity of a Roman senator of the Popes Eugene IV and Nicholas V.

Peter Filangeri was governor of the noble company of Whites of Palermo in 1614-15. Joseph Vincent Filingeri obtained the title of Prince of Myrtle, was master of the field of militias of cities, lands and houses of sergenzia altar of Santa Brother, councilor of war of the kingdom of Sicily, 1658. 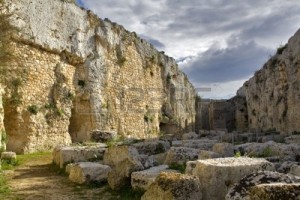 Another Alexander Prince of Cutò (grandson of the previous year) was captain of Palermo in 1725-26, a Peter, Prince of Santa Flavia, was governor of the noble company of the Whites in 1713-14, a member of the withdrawal of women sheltered under the title of the Immaculate Conception in 1720, a founder of the Academy of Good Taste, rational master of the court of the Royal Patrimony 1743.

Joseph Filangeri, Prince of Myrtle, was deputy of the kingdom, falconer of Vittorio Amedeo II of Savoy, King of Sicily, Praetor of Palermo in 1719-20.

Jerome Filangeri, Marquis of Lucca and the Prince of Cutò, was captain of Justice in Palermo 1742-43, colonel in the cavalry regiment Real Naples, sergeant of the Royal Armies 1772, the military governor of Trapani, a knight of the Order of St. real Gennaro, falconer of Ferdinand IV of Bourbon, King of the Two Sicilies, and so on., 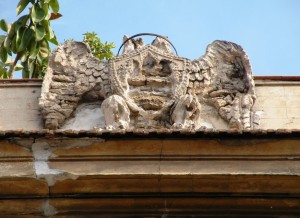 Vincent Filangeri, Earl of St. Mark and Prince of Myrtle, Grandee of Spain 1st Class, member of the kingdom in the years 1750, 1766, 1770 bedchamber of King Ferdinand IV of Bourbon, Knight of the Order of St.Gennaro

Peter Filangeri, Prince Santa Flavia, was a Knight of Malta, the real helper in the government of Sicily, a sergeant in the Royal Armies and died in 1752.

Joseph Filangeri, was a Doctor of Laws, domestic prelate by Pope Benedict XIV, general vicar of the church of Mazzara, dean of the Church of Girgenti, interino judge of the Court of Royal Monarchy, abbot of St. Michael Troina.

Alexander Filangeri, Prince of Cutò, was lieutenant and captain general of the kingdom of Sicily in 1803.

Joseph-Antonio Filingeri Alliatas , Earl of Santa Marco, Prince of Myrtle was a gentleman of the Chamber of King Ferdinand I of Bourbon, he was captain of Justice in Palermo in 1807-8, praetor in 1812, Knight of the Order of St. Gennaro

Nicholas Filangeri, Prince of Cutò, was a gentleman of the Chamber of King Ferdinand I of Bourbon, Knight of the Order of St. Gennaro, Praetor of Palermo in 1810-11, lieutenant general of the kingdom of Sicily in 1816 and 1821.

Magdalene Filangeri was the last princess of Santa Flavia, renounced the title of Duke of Pratoameno.

Peter Filangeri, Duke del Pino. By Royal Decree of 2 December 1835 he was appointed senator of Palermo

Carlo Filangeri, Prince of Satriano, obtained the title of Duke of Taormina in Sicily, and was lieutenant-general.

Today, this noble family is almost extinct in Sicily, but descendants have moved to the New World, settling in New York at the turn of the 20th century. Remaining in Sicily are the Dukes of Pino. 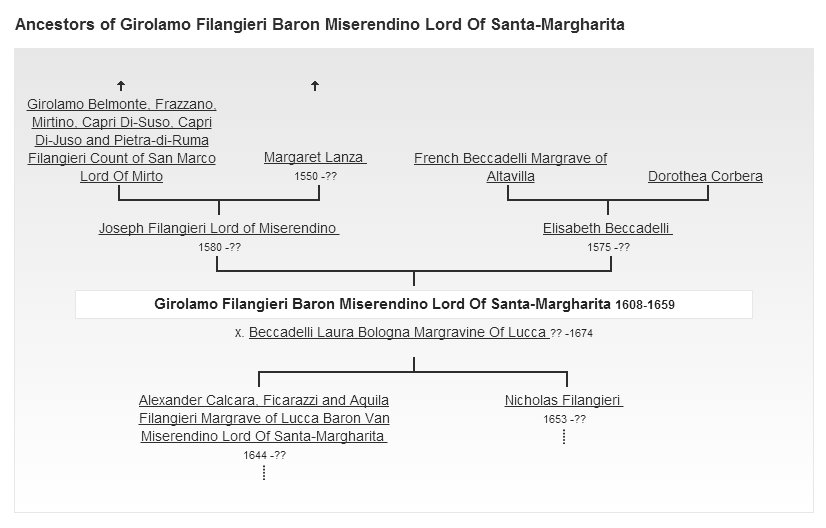