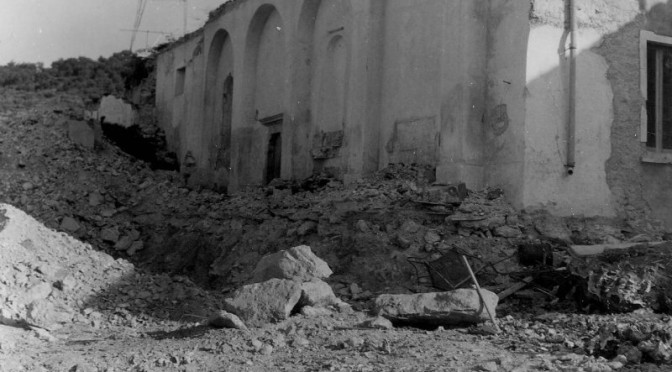 This page covers the towns (feuds) of Frazzano and Capri Leone.

The Filangeri family played a major role in these towns for centuries. My apologies if this is hard to read. The translation software I am using is a little quirky when it comes to certain dialects.

The municipality has 1.080 inhabitants and an area of 689 hectares for a population density of 157 inhabitants per square kilometre. It rises on a hilly area and is 560 metres above sea-level.

The town is prevalently agricultural and the most cultivated products are citrus fruit,olives, hazel-nuts, grapes which can be tasted in the yearly fair that takes place in August. The marble quarries are also numerous and they are all over territory.

The name Frazzanò derives from the dialectal form fratstsa or fradzdza that means “acorn” and refers to the acorns of the beech-trees that are very numerous in the territory. Town centre was founded in 835 by refugees coming from the town of Castro, escaped from Arabic invasion.

In the course of the centuries it has been conquered by Arabs and later it was set free by Normans. In 1200 king Frederick II of Aragon made built a castle called “Belmonte” that became his permanent residence. The feud has belonged to Filangeri family, with title of Barons, from 1453 up to the end of the 18th century when it became an indipendent commune.

The most interesting monuments are the Cathedral Church dedicated to Maria SS. dell’Annunziata that keeps a beautiful eighteenth-century front made from local marble; the Chiesa of S. Lorenzo (Church of St. Lawrence) built in 1600 in baroque style and keeps, inside an urn, the relics of the Saint and the Basilian Abbey of S. Filippo of Fragalà founded in the XI century by king Roger I and in it were kept valuable parchments and ancient Latin and Greek texts.

The legend tells that queen Adelasia del Vasto, Roger II’s mother, after having been repudiated by her husband, run away from Jerusalem to Sicily. During the travel the boat on which she was boarded was caught in a violent storm but she survived to it. The queen to thank Our Lady for the narrow escape, promised to make built a church in honour of Maria once docked in Sicily. 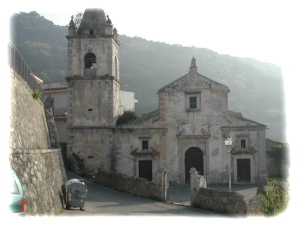 With family Alojsio, who retained possession of Capri and the Rock until 1342, begins the saga of the feudal villages. Alojsio succeeded to the Aragon. This family retained ownership until 1377, when it rebelled to the King “Martin the Younger”, and as punishment was deprived of Capri and all his possessions. Another family that played a key role in the history of Capri and Rocca, was the family Filangeris also of French origin, such as Alojsio. The Filangeris were lords of Capri since 1398, and after a short period in which the territory along with Myrtle and Cavalieri, belonged to Lancellotto of Larcan, lord of San Fratello, the family Filangeris, reappeared in 1453 with the second son of Richard Francis, who Frieze of the title of count and, at the same time, he was given the investiture of the hamlet of Myrtle, and Crapi Frazzanò.”

In 1497, under the Count Girolamo Filangeris, who meanwhile had come into possession of San Marco and the hamlets of Stone in Rome, the inhabitants of Crapi by the will of the viceroy of Sicily, Giovanni La Nape, obtained various privileges, including permission to graze the animals in the forest of the “Suvarita”, where they could also cut the branches of the trees; exemption of the payment for the maintenance of guard stone of Rome, the opportunity to graze cattle on the plains of the Rock, the free use hunting; remission for criminal charges made by the Count to the Royal High Court, and the restitution of pawns and the popular election of judges civilians. In return they had to count a donation of 100 ounces. Instead, he says Sgro, “in the case of non-application of Chapters part of the count, it was a penalty of 1,000 guilders against him and his heirs, to be paid to the royal tax.” Of course, this did not please the imposition Filangeris that in spite of themselves they had to submit to the viceroy. In granting these privileges, the chronicle of the time, it is obvious a great protection of the local clergy to the Procurators of Crapi, clergy, which was immediately punished by the local landlords with harassment and violence of all kinds.

And the moment they begin to spread banditry, which was not an isolated phenomenon, possibly related to the difficulties “political” in which they poured small communities, oppressed by feudal power, although under Balsamo, Crapi gained additional privileges.

In 1594 he returned to the village Filangeris, reacquired by Don Jerome. Vito Amico reports that Capri, after 1604, was transferred as collateral to various lords, including Branciforte and Cardona, which belonged in 1620. Capri returned to Filangeris in 1750, after suffering the devastating consequences of the 1693 earthquake and the terrible flood of 1682.

With the abolition of feudalism in 1812, when the province of Messina was divided into the districts of Messina, Castroreale, Patti and Mistretta, Capri, was included in the district of Patti, and was donated to the diocese.

92 thoughts on “Frazzano and Capri Leone”