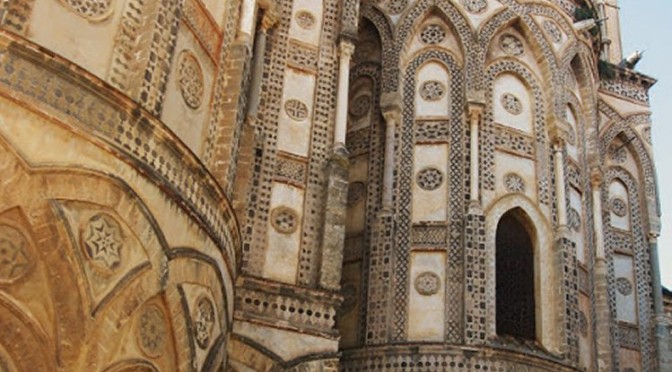 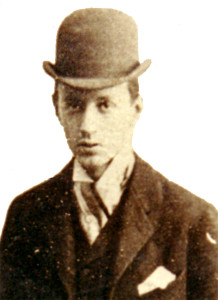 Prince Alessandro Filangieri was the son of Joan of Cutò and Lucio Tasca Lanza of Almerita’s, only son of a numerous offspring of five sisters, inherited the title of Prince by his mother, who numbered among his ascendants of the viceroy, while the paternal title of Count of Almerita’s was recently acquired.
It belonged to a noble lineage of writers: his sister Beatrice highly educated, lover of music, art and literature, was the mother of Giuseppe Tomasi di Lampedusa, author of The Leopard, another, Teresa, the mother of the little brothers, Lucio , poet and man of letters, Casimiro, painter and photographer, Agata Giovanna, botany.

As a young man he spent a brilliant life and frivolous, the center of the golden world of the Sicilian aristocracy, traveling the length and breadth of Europe, with a long stay in Paris.

Beware, however, social changes, the rapid development of its political and cultural era, was soon interested in the problems of the proletariat and the working class. He embraced the socialist cause, following the ideas and initiatives of Napoleon Colajanni, leader of the party, taking an active part in the formation of bundles of workers. Squandered the immense wealth of family policy to help the cause, but they were strangers to the disintegration of the goods, even women and gambling addiction.
He married a Polish nobleman, affectionately called Ama, by whom he had sons Alexander Junior and Joy. Unbeknownst to the family sold off the palace of Santa Margherita Belice, widely described in the novel by Tomasi di Lampedusa, as the home of the beloved childhood memories. Most of his belongings served to finance newspapers and magazines, as well as to help many of the poorest social classes.
Alessandro Tasca joined with enthusiasm the ideas of socialism, with great conviction to carry on the program of Marx on a purely political, and not as he had done with the beams, which had favored only the economic aspect. From the pages of his newspaper Gibus he repeated in many articulates the supremacy of the political ideology of the party, from strict labor organization. In an article in March 1893, during the agitation for the Marine Conventions, he wrote. “Today was a good day for our ideas.
We are pleased to be able to say […] Many other victories we have to record in a time not far away, when everyone will be the common cry from today boldly launched ‘Long live socialism!’ . ” In the last years of the nineteenth century pocket founded the weekly Battle, who was destined to be the official organ of the Socialist Party in Palermo. He did not just fund the newspaper, but also a section of the party. Luck for the rapid political rise, his fighting spirit that leaked from the pages of his newspaper, not sure earned him much sympathy, and he whipped, condemned, was placed in defense of public morality, accusing the characters and also investing in sight.
He, too, was at the center of controversy for some facts related to allegations of electoral fraud, unclear alliances with political opponents, favoritism by Ignazio Florio. Everything, however, was denied by the central management of the party. On the evening of March 5, 1902, while Alessandro Tasca passed in a carriage, was arrested in the crowded Via Maqueda to the lawsuit the former mayor of Sessa Paterno that he had been attacked by pocket pages the newspaper repeatedly, accused of corruption and waste of public money while he was in office as mayor.
Paterno had sued for defamation, obtaining, after a long trial, sentenced to eleven months in prison. The blatant arrest had been devised to further discredit the figure of the Prince of Cutò. Demonstrations of solidarity arose from the political, intellectual, student. He was also a deputy in parliament for two terms, fighting for the issue of the South, to the affirmation of the right of workers in the South, but always rather marginalized for his rebellious spirit, and against the current. away from compact He advocated an Italian federalist ideas, advocated by the same Colajanni, and a widespread tendency of the party which advocated autonomy of Sicily to better manage a social, economic, cultural and historical different from that of the North.
Reduced to poverty, he spent the last years of his life in difficult economic despair. Aided by her sisters Beatrice and Teresa, who paid rent to the sad, damp rooms on the outskirts of Palermo and the passing of livelihoods for the most urgent needs. Often his friends “mates” as he called them, who had benefited from his generosity, assisted him with goods in kind, according to their financial capabilities, such as the tailor, the innkeeper, the baker, the shoemaker. died only and hardship in 1943, assisted by anonymous friends of general indifference on the part of those of his class. For his political past, he was remembered as the “Red Prince”, was Battut for the rights of the weak, the poor, the workers.
Up to the last he never lost his humor and his sarcastic humor and scathing.